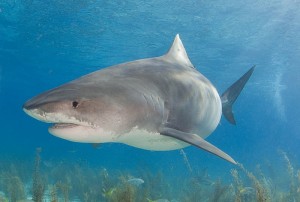 Two years after he survived a shark attack, Todd Murashige is suing a Honolulu, HI hospital for violating his privacy under the HIPAA act because staff at the hospital photographed his severely bitten leg and posted the images on the Internet without his permission.

Todd Murashige was attacked by what was believed to be a tiger shark about 500 yards off the Ka’awa shore on Oahu at the surf spot known as Crouching Lion on September 9th 2008. He was transported to the local Queens Medical Center for treatment. According to his suit while he was “completely helpless, undraped, and in a life-threatening and traumatic shock condition” his gaping wounds were photographed and circulated.

Murashige is suing the hospital for the “severe emotional shock and mental anguish” the photographs caused him. He is seeking damages for HIPAA violations, outrage, privacy violations, negligence and distress.